The Long Dark is a thoughtful, exploration-survival experience that challenges solo players to think for themselves as they explore an

expansive frozen wilderness in the aftermath of a geomagnetic disaster. There are no zombies — only you, the cold, and all the threats Mother Nature can muster.

WELCOME TO THE QUIET APOCALYPSE

Bright lights flare across the night sky. The wind rages outside the thin walls of your wooden cabin. A wolf howls in the distance. You look at the meagre supplies in your pack, and wish for the days before the power mysteriously went out. How much longer will you survive?

THIS IS THE LONG DARK

The Long Dark is a thoughtful, exploration-survival experience that challenges solo players to think for themselves as they explore an expansive frozen wilderness in the aftermath of a geomagnetic disaster. There are no zombies — only you, the cold, and all the threats Mother Nature can muster.

The episodic story-mode for The Long Dark, WINTERMUTE launches with two of the five episodes that form its Season One.

SURVIVAL MODE
Survival Mode is the free-form, non-narrative survival sandbox that has been honed over nearly three years on Early Access.

Survival is your only goal, and death your only end. Make your own survival story with every game.

Features the music of Sascha Dikiciyan.

CHALLENGES
Several standalone Challenge Modes offer objective-based experiences designed to last 1-3 hours each, such as Whiteout — the race to gather enough supplies to prepare for a monster blizzard. Or Hunted, where you need to escape a murderous Bear. Complete them to unlock Feats that provide long-term gameplay benefits in Survival Mode. Five Challenges exist at launch, with more on the way in future updates.

FUTURE UPDATES
In addition to releasing the remaining three episodes of WINTERMUTE, we intend to continue updating Survival Mode, as we have done with about 100 updates/hotfixes over the past three years of Early Access. Keep in mind that your purchase of The Long Dark entitles you to all five episodes of WINTERMUTE, as well as updates to Survival Mode along the way.

ABOUT HINTERLAND
Hinterland is a small independent developer of original interactive entertainment. Based on Vancouver Island, Canada, Hinterland’s team is largely distributed across North America. Although The Long Dark is the studio’s first game, Hinterland is made up of veterans of the “triple-A” games industry, with lead developers from several renowned studios including Valve, Ubisoft Montreal, Relic, Volition, Capcom, Radical, BioWare, Sony London, and United Front games. 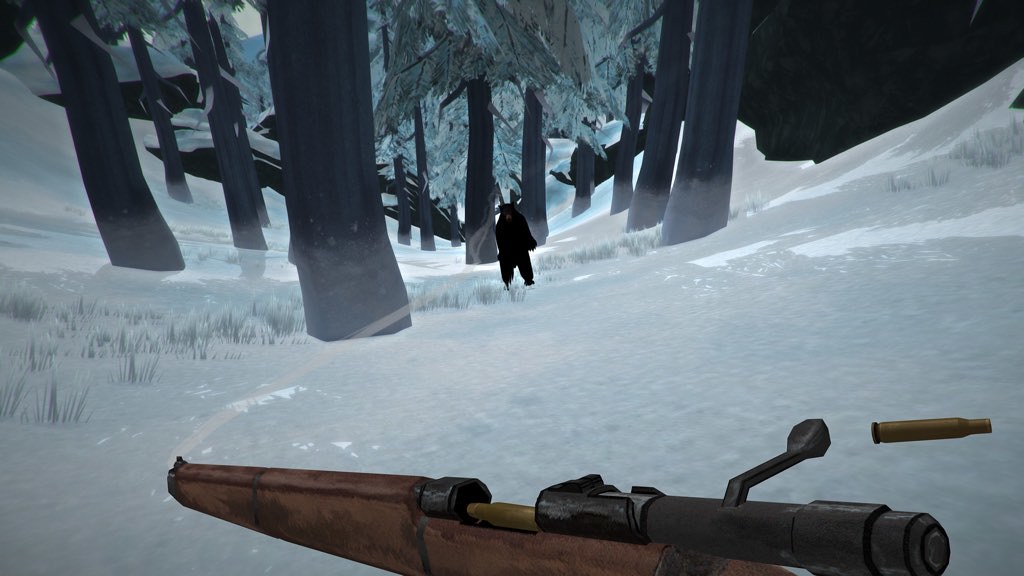