Before you buy, please expand this description and check that your computer matches or exceeds each of the requirements listed.

See the ruined undersea city of Rapture through the eyes of Subject Delta, a fearsome Big Daddy prototype on a mission to rescue his missing Little Sister, Eleanor. Eight years have passed since the events of BioShock, and Rapture’s leaking halls have fallen under the rule of the Rapture Family, a collectivist cult conspiring to transform Eleanor into a genetically modified messiah.

Wield gene-altering Plasmids, face off against bloodthirsty Splicers, and venture beyond Rapture’s decaying art-deco architecture to traverse the ocean floor and be reunited with Eleanor, all while being hunted by the Rapture Family’s violently protective Big Sisters.

The game is supported on the following Macs. To check your Mac model and when it was released, select About This Mac from the Apple menu on your menu bar. 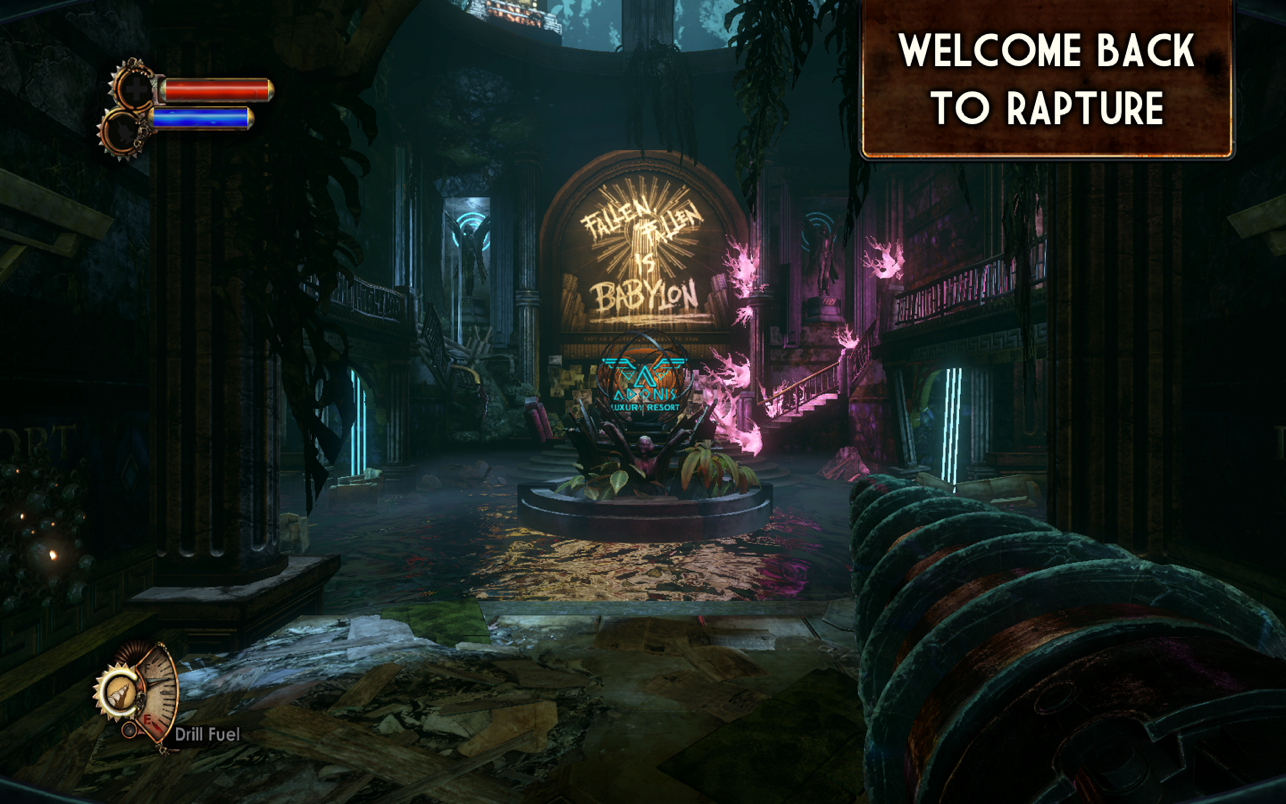