You can create any Sim you can dream up. Plan their lives, pick their friends, make enemies, and watch their hilarious stories unfold. Go

ahead, make a Sim whose greatest aspiration is to hone his gardening skills. With enough work, he might become the world’s greatest freelance botanist. Or maybe you want to create a hilarious prankster who yearns to be the life of the party. Will she end up a criminal mastermind? The choice is yours. There’s no predicting how huge personalities will collide in The Sims 4 – help your Sims pursue a career, learn new skills, make friends, and start relationships. How will you rule?

Create Sims with big personalities. Create and control a new generation of Sims! With huge personalities and even bigger aspirations, your smarter sims are more relatable, have the ability to multi-task, and come to life with new emotions and lively animations. They provide you with endless possibilities to create stories that are rich, entertaining, and often downright hilarious.

Enjoy powerful creative tools. The Create A Sim tool and Build Mode have been reinvented to be more powerful, intuitive, and fun than ever before. You have the control to sculpt Sims with tactile precision. Effortlessly construct the home of your dreams with the room-based Build Mode. Styled Looks and Rooms inspire you with curated outfits and designs to add to your Sims and homes in The Sims 4.

Share your creations. The all-new Gallery allows you to view, share, and download new content without ever leaving your game. Get inspired by and enjoy the rich content created by The Sims community, and add new experiences to your game. You’ll never run out of fun. 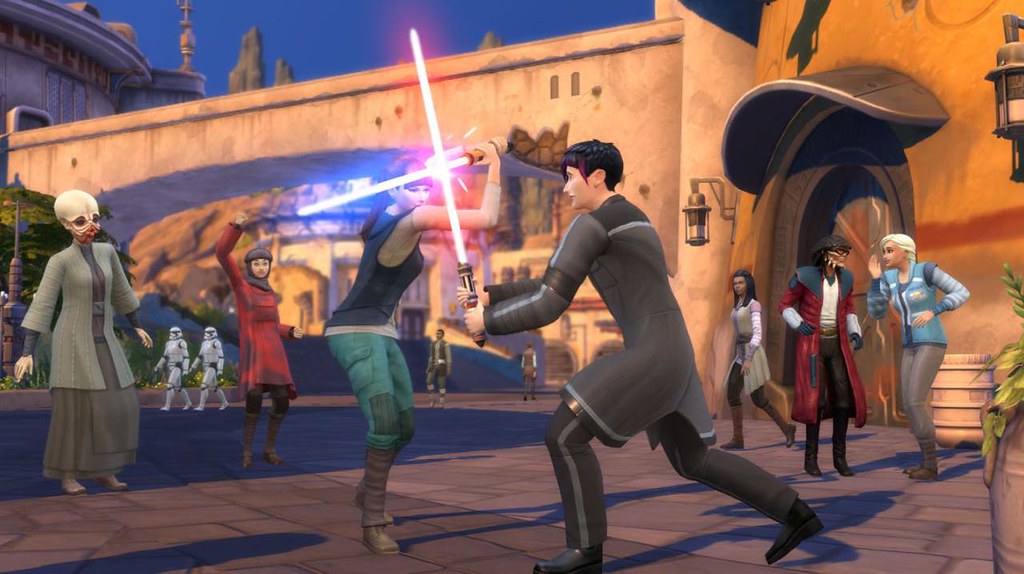 The Dungeon Of Naheulbeuk: The Amulet Of Chaos 1.0.160 – Turn-Based Strategy Game