Intermission 1.1.0 – Pause and rewind live audio on your Mac

Intermission allows you to pause and rewind live audio from any application on your Mac. Intermission will buffer

up to 3 hours of audio, allowing users to skip through any assortment of audio content. 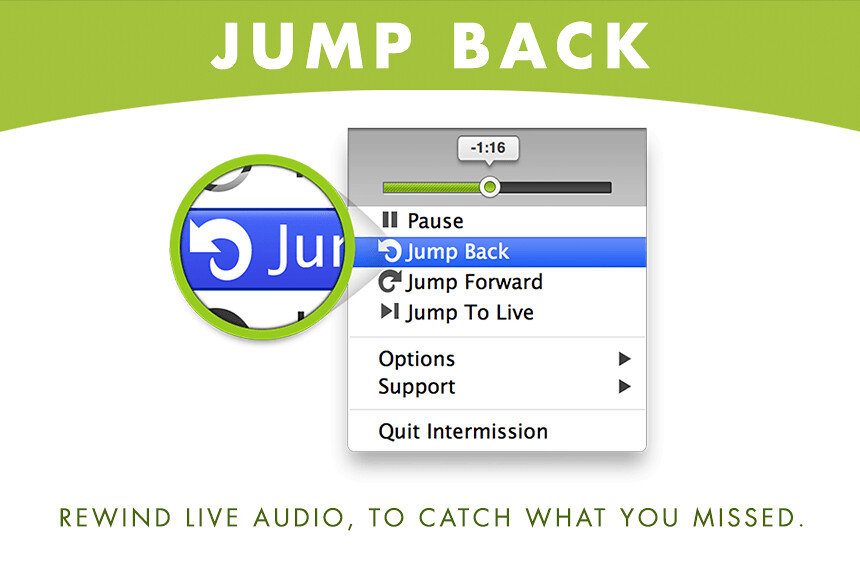 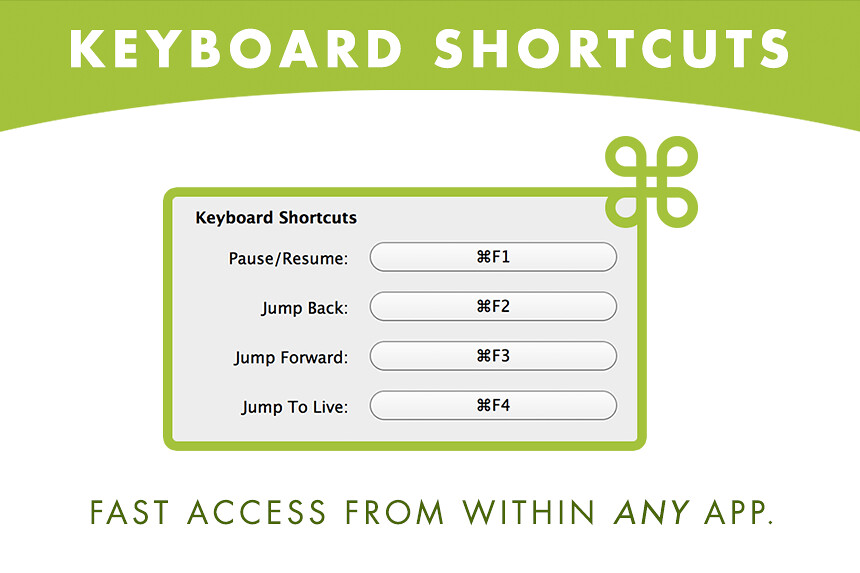 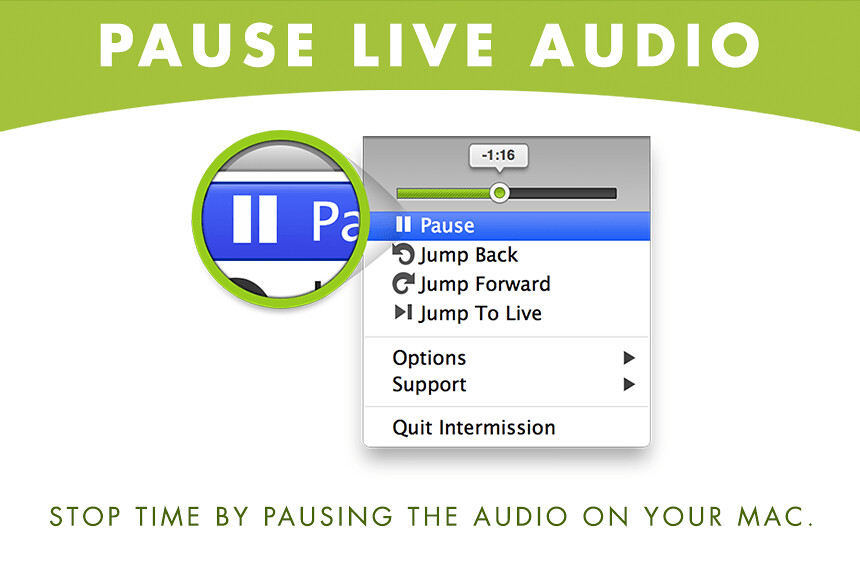