their screen and customize it using Snagit’s editing tools. Users can choose from a variety of callouts and stamps to communicate efficiently, in an engaging and impactful way. Users can also record their screen or webcam to create a quick tutorial, lesson, or demonstration. The content created is easily shareable with TechSmith Snagit’s wide array of outputs. 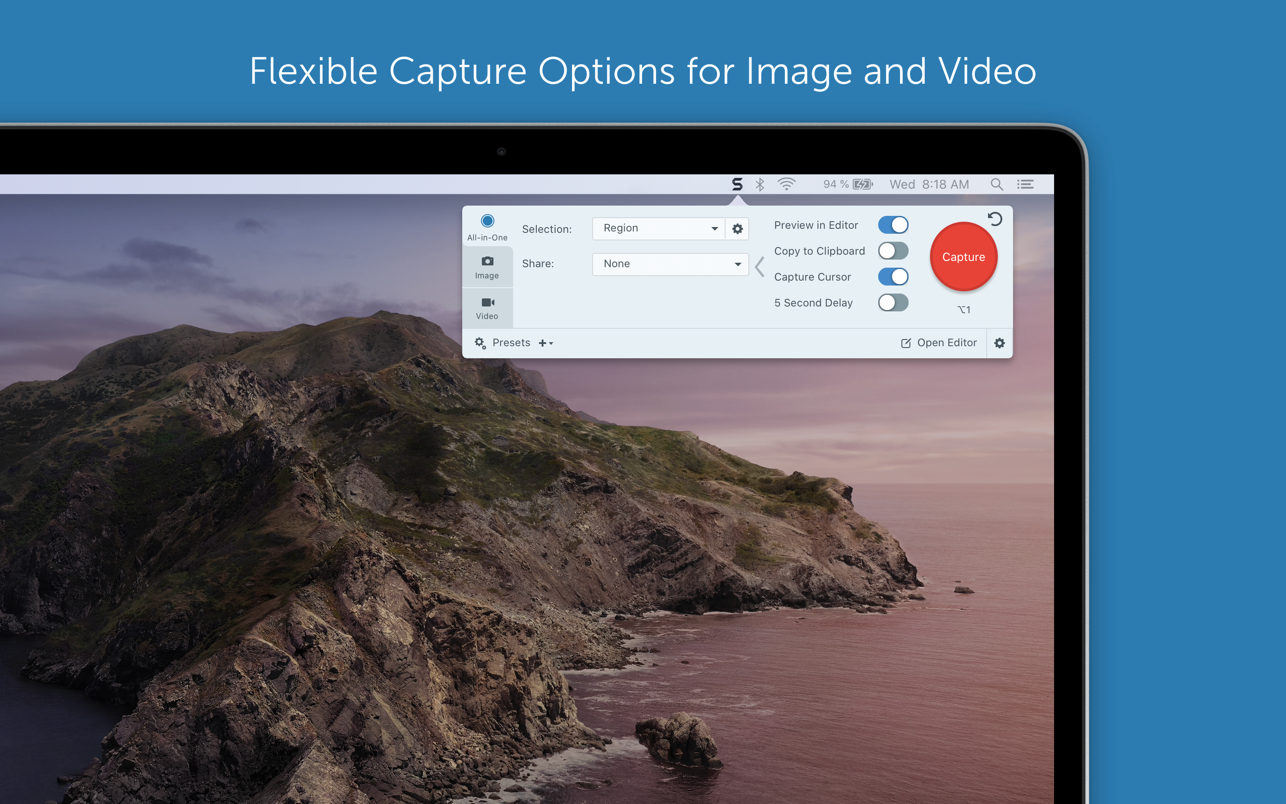